A summary of these new hires follows here.

Berkshire Hathaway Specialty Insurance (BHSI) announced that Louise Kidd has been promoted to country manager in Ireland. Kidd will also retain her role as head of Third-Party Lines for BHSI in Ireland. 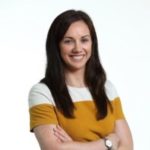 Kidd joined BHSI in 2020 and has nearly 20 years of industry experience in third party lines, the last decade in leadership roles. She holds an honors degree in financial services from John Moore Liverpool University and a diploma in company direction from The Institute of Directors.

The role of country manager, Ireland, was previously held by Hilary Browne, who was recently elevated to the position of regional executive, UK and Europe, at BHSI.

“Louise has been an excellent leader to our team in Ireland and solution-provider to our customers and brokers throughout Europe. We are pleased to recognize her excellent contributions with this promotion which will enable her to have an even greater impact on our team and the marketplace,” said Chris Colahan, head of UK & Europe, BHSI. 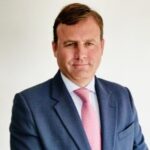 “As a fast-growing and specialist re/insurance broker, BMS Iberia is continuing to invest in enhancing its position as a top-five affinity broker in Spain. Jorge’s significant experience will be instrumental in consolidating our market presence, by driving the development of innovative solutions that are customised to the needs of each affinityBefore joining BMS, Melero was Commercial Director (Affinity) at Willis Towers Watson Iberia, focusing on consumer affinity schemes via insurance and reinsurance channels. In this role, he provided broking and consulting services to some of the largest corporations in the Spanish market. Prior to that, he worked at Aon Affinity from 2007 to 2013, where he also specialized in the design, placement and distribution of insurance programmes for affinity partners.

Fidelis Insurance announced the promotion of Louise Jarvis to the position of deputy director of Underwriting in addition to her current role of group head of Contract Wordings. 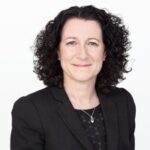 Jarvis joined Fidelis in 2017 as senior wordings specialist and was promoted to group head of Contract Wordings in 2019 where she is responsible for overseeing all risk related contracts. In her role as deputy director of Underwriting Jarvis will support the group director of Underwriting to ensure underwriting excellence through capture and use of data, superior systems, process and reporting.

“Louise has done a great job in building a contract wordings team that really adds value to our underwriting process,” commented Charles Mathias, group director of Underwriting. “We’re delighted that she will now bring her rigor and common sense to bear on a wider range of issues as we continue to build market-leading underwriting processes and systems.”