Insurers would no longer need to hire expensive expert witnesses in some claims disputes, but could rely on Google maps and images to show the age of property damage, if a Florida Senate bill becomes law and is endorsed by the state Supreme Court.

The Florida Senate Judiciary Committee on Monday unanimously approved Senate Bill 634, which would allow courts to accept, through the practice of “judicial notice,” some web sites and web images as evidence, as long as a date stamp is visible. The opposing side could object and a judge could disallow the electronic media if it can be shown that the image is not accurate, reads the bill, authored by Sen. Jennifer Bradley, R-Orange Park.

A quick check of Google shows that Google Maps’ Street View gives the image capture date at the bottom of the photo. Google Earth gives a multi-year date range if zoomed out far enough, but only on some locales.

“If the homeowner says the storm caused the damage, and the Google Earth view shows it wasn’t there beforehand, we know it happened,” said Curry Pajcic, a Jacksonville plaintiffs’ lawyer who testified in favor of the bill. “Instead of a battle of the experts and having to bring in experts to say, ‘this was new’ or ‘this was old,’ it’s common sense.”

For most people nowadays, web-based mapping and imaging services have become almost second nature, and it’s time courts utilize them more fully, proponents of the bill said. Pajcic said the idea has been approved by the Florida Bar’s Rules of Evidence Committee. 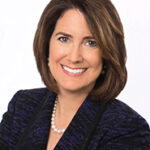 “This is a good bill,” said Bradley, an attorney. “It promotes judicial economy and will make the process a lot smoother for trials.”

No one spoke against the measure at the Senate committee meeting.

A legislative analysis of the bill points out that the doctrine of judicial notice lets courts allow evidence as true and accurate, without a formal finding of fact. And Florida statutes have long contained procedural and substantive rules for the courts to follow.

But that doesn’t mean the court system will agree to Legislature’s instructions.

“Statutes that are procedural in nature, even those passed by the Legislature, must be approved by Supreme Court. Occasionally, the Court rejects the legislative changes,” the bill analysis reads.

The document notes that courts have said that judicial notice should be used with great caution, and that appeals courts have sometimes rejected trial courts’ use of the practice. In an Ohio case, for example, the lower court took judicial notice and accepted that Bud Lite was to be considered a beer, as sold to a minor, and no testing of its alcohol content was needed.

But the Ohio Supreme Court overruled that, and found that state law requires that beverages known as beer must contain a certain level of alcohol.

The bill analysis and the Florida Senate committee meeting did not delve into how the use of Google images in court could affect claims adjusters and appraisers who are sometimes asked to testify on the age of property damages.

SB 634 is now awaiting action in the Senate Commerce and Tourism Committee. If passed by the full Legislature and signed by the governor, the measure would take effect July 1, 2022.